In order for a trade show to be successful as a whole, it must run like a well-oiled machine; the show planners, aware of this necessity, spend months meticulously scheduling critical dates, deadlines, services, and other show needs. Knowing the ins and outs of trade show management and terminology is a quality possessed by the greatest of exhibitors – consequently, rookie companies are overshadowed by their powerhouse competitors as they are lost in the confusion of the machine’s parts, so to speak. While many aspects of exhibiting can be learned simply from experience, there are others that should be known beforehand through trade show training in order to avoid headaches and frustration during the show.

What is material handling?

Material handling commonly referred to as drayage, is the cost of moving your shipments from the truck to the warehouse or show floor. It is a fee from the show planners, NOT the truck driver – therefore, if the exhibitor refuses to pay the fee, their shipments will essentially sit untouched on the asphalt in the parking lot. For this reason, material handling costs are non-negotiable.

Why are trade show drayage costs often a surprise to the exhibitor?

Because the show contractors are the ones charging the exhibitor, material handling is often addressed deep in the thick show information packet. Understandably, information regarding drayage is often overlooked, especially by the rookies on the show floor. Nevertheless, it is information provided directly to the exhibitor, and it is neither the responsibility nor the fault of any other third party (labor, shipping, or an exhibit house) if drayage costs are a “surprise” fee to the exhibitor. Additionally, drayage costs are a “given” for those who exhibit regularly – another reason why knowing the terminology of expos is imperative.

Why is trade show material handling so expensive?!

Sure, a surprise fee can be frustrating no matter what, but it is typically manageable at a relatively low cost. Unfortunately, drayage can grow to be just the opposite, costing exhibitors hundreds, even thousands of dollars that are unaccounted for in their show budget. It can be a real blow to the company, and often times discourages repeat exhibitors. The expensive costs incurred by the exhibitor are used by the general show contractor for labor, forklifts/moving equipment, and maintenance of the equipment before, during and after the show. There are several reasons why material handling fees can quickly add up to cost a fortune:

What can I do to reduce drayage costs?

While drayage is an annoying hidden cost, it can be detrimental to the exhibitor if gone unrecognized. Stay ahead of the game by being aware of material handling costs, incorporating an estimation into your company’s show budget, understanding how trade show shipping costs work and maintaining up-to-date knowledge of your shipment’s handling information. 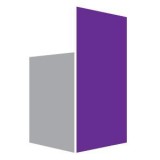 Established in 1991 in the historically grove-laden Orange County, California, ExpoMarketing brings a refreshing taste to the trade show exhibit industry. Our organization focuses on the overall experience of your trade show presence, encouraging individuality and personal charm to shine on the show floor. We use our craft and expertise to capture the essence of your branding into an unforgettable exhibit.